A golden chance for low-skilled workers to migrate to Australia

A golden chance to migrate to Australia 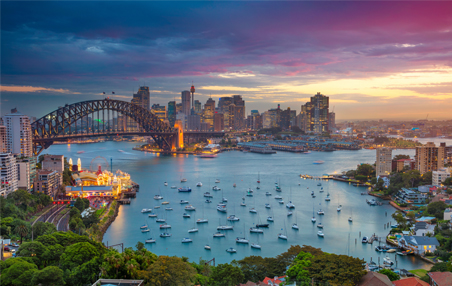 Home » Immigration » A golden chance to migrate to Australia

As part of improving the immigration policies to match the needs of specific locations in the country, the Government of Australia has launched a work visa that will enable people with basic farm or hospitality skills to migrate to Australia. The visa was introduced as part of the regional migration agreements called Designated Area Migration Agreements (DAMAs) for the Northern Territory and south-west Victoria. The visa has only low eligibility requirements in terms of skills, language and income. But the visa holders will have to stay in these regions for at least three years before applying for permanent residence.

The new visa gains significance in the context where the Government of Australia has already brought down the number of jobs for immigration to the country through changes in the in the occupation lists in the temporary skills shortage visa. That means only workers with skills deemed most desirable by the Government of Australia are able to obtain a work visa. At the same time, the designated area migration agreements (DAMAs) have lowered the criteria for obtaining the work visa in term of English fluency, skills and salary.

A golden chance for semi-skilled workers to migrate to Australia

The immigration law reforms introduced by the Government of Australia recently have raised the eligibility criteria for most of the employer-sponsored and general skilled migration visas. Normally, the workers are required to have competent English language skills and an income of at least $53,900 per year in order to qualify for employment visa.

But the Designated Area Migration Agreements (DAMAs) have opened the doors for semi-skilled workers to immigrate to Australia with lowered criteria.

Though a Northern Territory DAMA had been already in place, it did not include the offer for permanent residence.  It offered visa to bakers, baristas and hairdressers and required only lower levels of language proficiency and income to qualify. The DAMA mainly served tourism and hospitality industries. The region is struggling to attract immigrants, which results in scarcity of labour in this area. The employers here are finding it difficult to attract and retain workers here.

The new DAMA gives an option for workers to become permanent residents in Australia. As per the new DAMA for Northern Territory, a total of 117 occupations have been included in the occupation list. The English and salary concessions are another highlight, other than the offer for permanent residency. Another new DAMA for the Warrnambool region aims to employ migrant workers in meat-processing, dairy and other agricultural sectors.

Planning to migrate to Australia? Contact us for expert assistance and guidance

Migrating to Abroad with Canapprove?