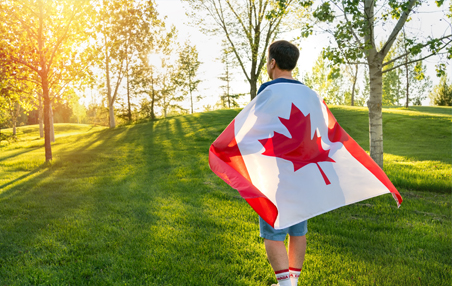 The development of a state or a province solely depends on the people residing there. A country which has abundant skilled workers would grow strong, making life comfortable for every individual there. Canada is a country which embraces skills from all over the world through Canada Provincial Nominee Program (Canada PNP ). Most provinces & territories in Canada have an agreement with the Government that allows them to nominate immigrants (individuals & families) based on its immigration needs and the applicant’s intention. Canada Provincial Nominee Program (Canada PNP) enables Provincial and Territorial governments in Canada to attract immigrants to their region.

Alberta, also known as ‘The Wild Rose Country’ is situated in Western Canada and is famous for its fresh air, open spaces & forests. Living in Alberta helps you experience a high standard of living, excellent health care system and you get to be a part of a steady & a strong economy.

Manitoba is situated between Ontario & Saskatchewan and is known as often referred to as ‘The Keystone Province’. Being in Manitoba helps you find jobs, start a business and do more.

Newfoundland & Labrador is a split province and is considered as one of the best places to live on earth because of its beautiful scenery, history & culture and low crime rate.

“The Bread Basked of Canada” is one of the Western provinces of Canada. It got its name because Saskatchewan is the highest producer of wheat in Canada. A diverse economy, a good quality of life would make this a perfect place to live.

British Columbia is known for its impeccable scenery and breathtaking outdoor adventures. It is situated on the west coast between the Pacific and the mountains and is called as ‘The Pacific Province’.

Situated on the east coast of Canada, migrating to Nova Scotia could offer you a life embedded with technology and the opportunity to lead a balanced life.

The smallest province of the east has abundant job opportunities in the fields such as Aerospace, Renewable Energy, Information Technology and more. PEI is known for its low cost of living and an excellent schooling system.

The northwest corner of Canada has Yukon, a place which could offer great opportunities to live & work. Yukon’s population is noticeable and has increased 5% from the year 2011 through Canada Provincial Nominee Program (Canada PNP).

Steps You Should Follow to Immigrate Through Canada Provincial Nominee Program (Canada PNP):

What Should You Do After Receiving the Provincial Nomination Certificate?

As an applicant, you must:

Each province has its own program stream to identify applicants who have the ability and skills to contribute to the growth & prosperity and help them immigrate through the Canada Provincial Nominee Program (Canada PNP).

Our team has been in this field for the past 20 years and we are well-known for our consistency in delivering reliable & legal immigration services. Our aim is to make sure that we guarantee our clients utmost satisfaction by being there always, answering questions & providing solutions at every instance.

For more information on Canada Provincial Nominee Program (Canada PNP), get in touch with our team of qualified consultants, skilled advisors, and highly trained instructors.

Migrating to Abroad with Canapprove?