Home » Scholarships in Australia » 4 Things You Should Know About Quebec’s New Immigration Regulations!

4 Things You Should Know About Quebec’s New Immigration Regulations! 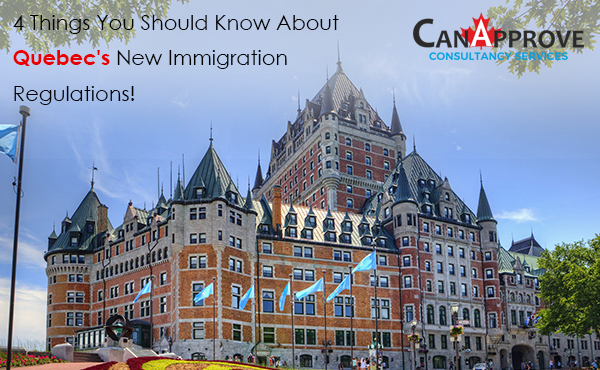 Posted July 10, 2018 by Sujith
David Heurtel, the immigration minister of Quebec, informed the other day through Twitter that his ministry was planning to introduce certain changes to the immigration system of Quebec. The changes were originally outlined in March and these include introduction of a new Expression of Interest system. The minister expressed hope that the new changes will reduce the processing time of applications for immigration and enhance the Quebec economy. The changes are expected to come into force on August 2nd, 2018. Here are four important things you must know about the new immigration regulations of Quebec:

The new Express Entry-style ‘expression of interest’ (Déclaration d’intérêt) immigration system to be introduced on June 2 is meant for the selection of economic immigrants to the province of Quebec. The system will be applied for the selection of candidates through the Quebec Skilled Worker Program(QSWP). The Ministère de l’Immigration, et de la Diversité et de l’Inclusion (MIDI) has already explained that the QSWP application process, under the new regulations, will include:

The new Expression of Interest immigration system will replace the ‘first-come, first-served’ model of the Quebec Skilled Worker Program. Under the new system, the candidate will have to first enter a pool of candidates similar to the Express Entry pool in order to apply. The profiles submitted to the Expression of Interest system will be valid for 12 months.  In the lines of the Comprehensive Ranking System (CRS), the candidates will also be assigned a fresh points total. The Quebec Government will conduct periodic draws and select eligible candidates using a sliding points threshold.

Quebec Immigrant Investor Program (QIIP) will also undergo certain changes that will come into effect on August 2, 2018. The minimum investment requirement will be hiked from $800,000 to $1.2 million. The minimum required net worth amount will also be increased, from $1.6 million to $2 million. Another major requirement to apply for immigration under Quebec Immigrant Investor Program (QIIP) is two years of experience in management or business within the five years preceding the application. Quebec has an autonomous immigration system and enjoys much independence to create its own immigration programs. It also sets annual immigration levels independent from the rest of Canada. Since 2016, Quebec has not accepted any new applications for immigration. After the introduction of new regulations, the province is expected to admit around 30,000 skilled workers every year. Contact us to know more about Canada immigration
WhatsApp: bit.ly/HC_UK Contact:
India: +91-75-94088000Dubai:  +971-42865134
Email: enquiry@canapprove.com